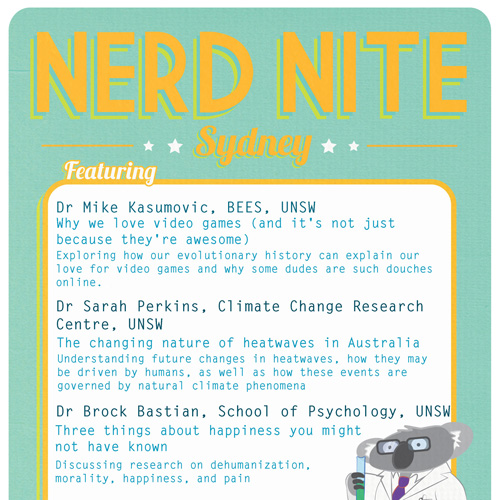 I’ll be heading out to give a talk on Nerd Nite again this at the Arthouse Hotel. Looks to be a great line up and a lot of fun!

This time I’ll be talking about video games and showing some brand new data explaining why men especially are drawn to playing violent video games, and why they’re such douchebags online! 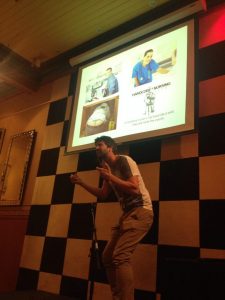 **Edit**
Had a great time at the show! Here’s a photo of me yelling at a mic about ‘hardcore’ professions. Only later I found out that the mic was never really on…