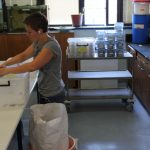 Rearing families of crickets in individual containers in the lab

For years we’ve known that the environment can moderate individual development; tadpoles respond to a drying pond by maturing faster, Daphnia grow spiny heads and tails to defend against predators when they are present. There are numerous examples of how the environment, and thus natural selection, affects how individuals develop in an adaptive way.

Despite this understanding, studies largely ignored whether the social environment, the density and quality of surrounding mates and rivals, could affect individuals in a similar way.

We have been instrumental in demonstrating that individuals moderate not only life-history and morphological traits, but also physiological and behavioural traits in response to the conspecific social environment. Individuals are thus actively responding to cues of competition and mate availability and altering their development in adaptive ways. Our research demonstrates how developmental plasticity is also under sexual selection, rather than just natural selection. 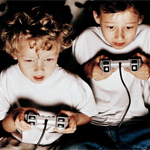 These aren’t my kids. Mine are much cooler when they play.

Video games are now the most popular medium of our generation. They are in almost every home in the developed country, and mobile phones make it possible for everyone to carry them around in their pockets. Despite the popularity of video games, apart from arguements about ehether video games cause aggression and violence, we still know very little about what video games do to us. More importantly, we have a poor understanding of what drives so many people to play video games, and why differences in video games preferences exist.

We take an evolutionary approach to understanding the popularity of video games by focusing on how our evolved bodies and brains respond to different competitive games. As winning and losing in video games trigger very similar pathways to winning and losing in other competitions, we can make predictions about when, why and who should respond to stimuli, helping us understand behaviours such as aggression, addiction, and other prolem behaviours. We are only beginning to explore the crossroads of video games and evolution, but it will be a lot of fun!

For now check out The Conversation articles we’ve written here.

What is quality and how does it relate to a phenotype? 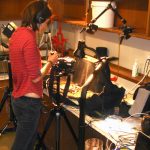 What makes some individuals succeed where others failed? In evolutionary biology, researchers love equating whatever traits led to success with quality. Very quickly, quality became synonymous with whatever is good in an individual.

A recent realization is that the same traits don’t confer success in all environments. More importantly, environemnts vary, and quite rapidly! As a result, there is no universal definition of quality as was previously envisioned.

4. Kasumovic, M.M. 2013. The multi-dimensional consequences of the juvenile social environment: towards an integrative view of the adult phenotype. Animal Behaviour. 85:1049-1059 (pdf)

Competition is much more…competitive than we thought. 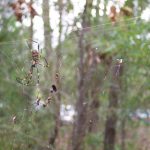 In a fight, big guys win and little guys lose, right? It turns out it’s not always the case as the literature is filled with studies that demonstrate a bigger males losing (though this stuff is kept on the down-low).

How do males decide a winner, and if it’s not size, what is it? And what about females, surely they defend resources too?